What is the difference between a Strata and a Co-Op 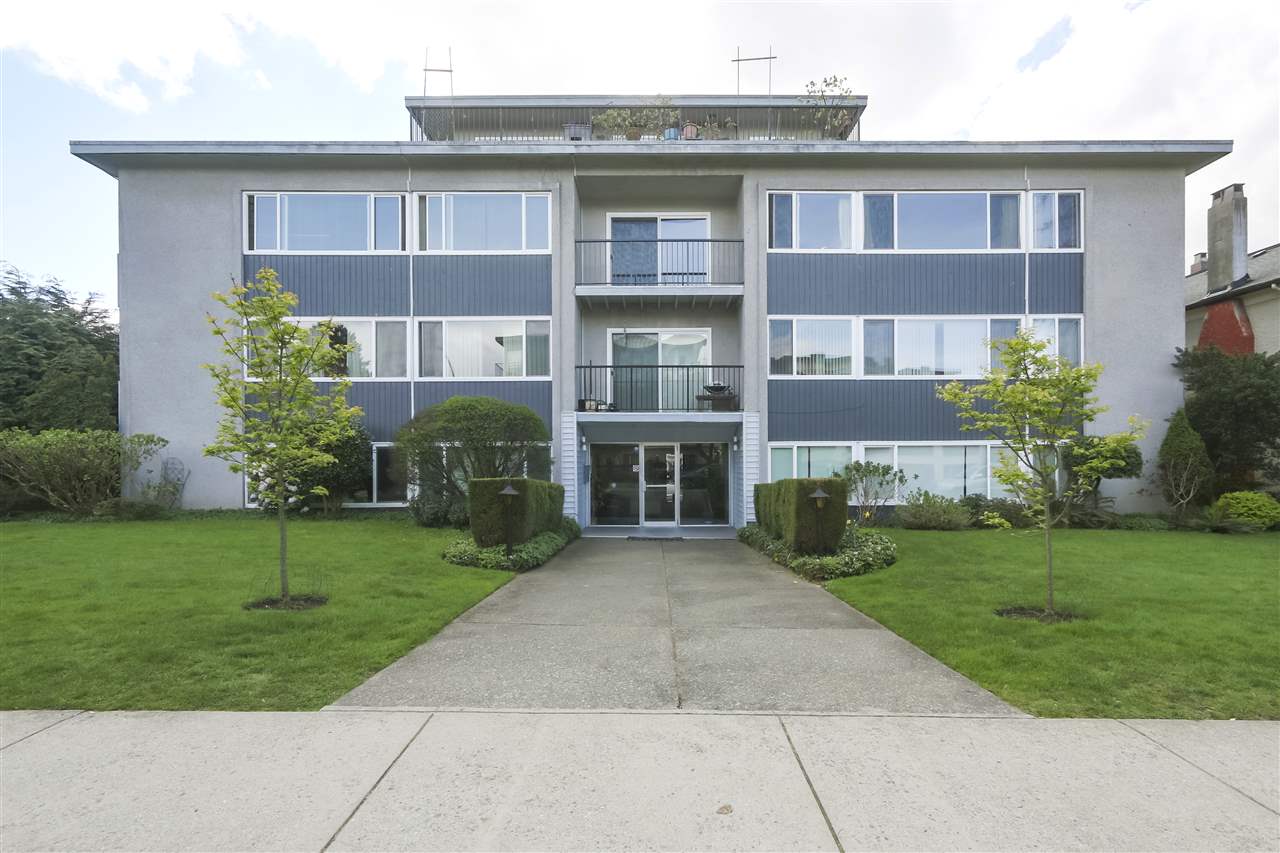 Strata development was first implemented in British Columbia in 1966 and was named Strata Title Act. Today we know it as Strata Property Act.

Prior to 1966 there was no strata title ownership and all apartment ownership was done through Co-Op, meaning Company Ownership. If you are searching for a condo today and you find one for sale in a building built before 1966 it will be a Co-Op.

Before we do a direct comparison of the Strata Title and Co-Op ownership, I will go into a little more detail of a strata title. In a strata development the building is essentially subdivided into separate units to allow for individual ownership (strata lots) combined with a portion of the common property know as unit entitlement. The amount of ownership of the common property “unit entitlement” is in proportion to the size of the condo (strata lot).

Co-Ops can be misunderstood and at times seen as inferior ownership. Nothing could be further from the truth. Once an individual understands the facts of Co-Op ownership, they become very attractive to purchase. A Co-Op is short for company operated and this means the building is run by a company and any buyer will become a shareholder. The company owns the building and the freehold land it is located on. The shares the buyer purchases will be identified in relation to the specific unit they are purchasing.

The differences between strata ownership and Co-Op ownership 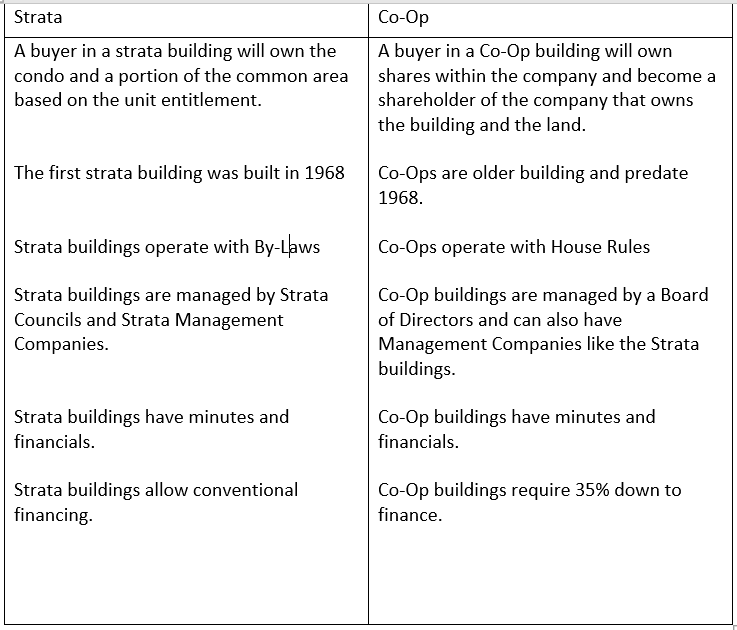 The first strata building in British Columbia was built in 1968 and is an Arthur Erickson designed complex on 40 acres in Port Moody.

Co-Ops are located through out Vancouver but the highest concentration of Co-op buildings are in the West End and Oakridge Cambie neighborhoods. Co-op buildings  often do not allow pets or rentals and some have an Age restriction of 19 plus. One particularly good point that is important to mention is that many of the Co-op buildings were incredibly well built and are worry free buildings today. I know of many people who were once skeptical in purchasing in a Co-op but took the leap. All have been very happy owning in a Co-op building and continue to recommend it to anyone looking to buy a condo in Vancouver. As a longtime real estate agent in Vancouver the only challenge I see in Co-op buildings is the required 35% down from major banks to provide a mortgage.

If you would like further information on Co-ops please contact me by phone or email. I am always happy to hear from you.